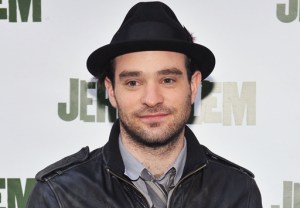 The hunt for the next Marvel superhero has come to an end.

Ordered for 13 episodes, Daredevil is one of four Marvel characters being given a solo series on Netflix, along with Luke Cage, Iron Fist and Jessica Jones.

Daredevil was last portrayed by Ben Affleck on the big screen in 2003.

Sound off, Marvel fans: Is Cox a solid choice for Daredevil? Drop your thoughts in a comment below.