Revenge showrunner Sunil Nayar recently told TVLine that “spectacular thing after spectacular thing happens in every act” of the ABC drama’s season finale, which airs Sunday, May 11 at 10/9c.

From the look of these recently released photos from the episode, those spectacular things may include murder and/or graverobbing.

The finale’s official synopsis doesn’t offer many clues –“Nothing is off limits as Emily and Victoria are dead set on destroying each other. Lives will be lost and fates will be altered, but who will rise victorious?” — but keep it in mind as you click through the gallery below, then offer your thoughts on what the season’s final hour may hold. 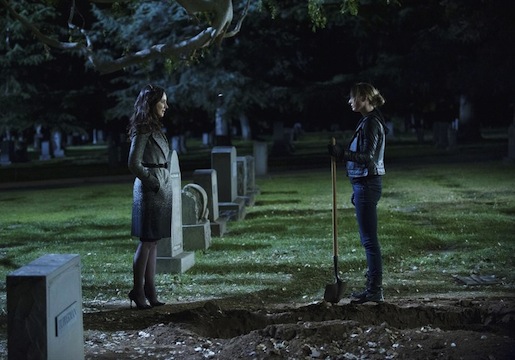