NCIS Special Agent Tony DiNozzo is on assignment in France in Season 11’s penultimate episode, and we’ve got a few photos from his mission abroad.

In the May 6 episode of TV’s most watched drama, Vance tasks DiNozzo with escorting an Admiral’s daughter from the NCIS office in Marseilles, France, to the States — but Tony must turn to his NCIS team for help after he stumbles upon a controversial crime scene and things “get complicated,” says show boss Gary Glasberg.

“The intention was to sort of throw Tony into this Three Days of the Condor scenario,” Glabserg adds, alluding to the 1975 Robert Redford thriller. “It turned out to be a lot of fun. We had a good time, Michael [Weatherly] had a good time, and we had a really terrific supporting cast of guest actors” — including Boardwalk Empire alum Meg Chambers Steedle as Tony’s charge.

Are you looking forward to DiNozzo’s French adventure?

If you like TVLine, you'll LOVE our email news alerts! Click here to subscribe.
NCIS First Look: Hey, Did You Hear the One About DiNozzo and the Admiral's Daughter...? 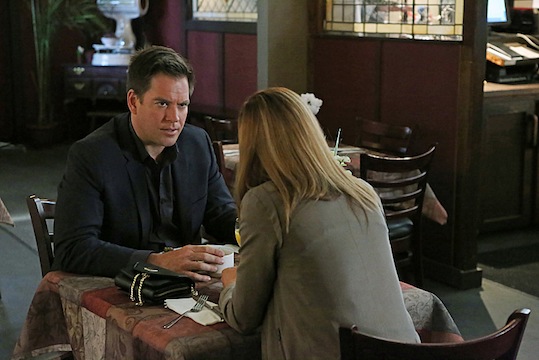