Moments before Nashville‘s On the Record special really gets going, series creator Callie Khouri wishes her cast good luck in the sweetest, most loving of ways.

PHOTOS | May Sweeps Scoopapalooza: 99+ Spoilers on Your Favorite Series’ — Including Nashville — Season-Ending Episodes

Khouri needn’t worry; the ABC drama’s first music-based special plays to the series’ strengths by mining its soundtrack, putting its talented cast front-and-center and throwing copious bouquets at the feet of those who don’t often get shout-outs on the show: the songwriters who really pen Juliette & Co.’s jams.

Because the well-done hour is a deviation from Nashvile‘s norm, I decided to mix up the recap a little, too. So click through the gallery below for a bunch of moments from the kinda-live special, plus commentary of course, and make sure to come back next week as we start the run-up to the Season 2 finale. 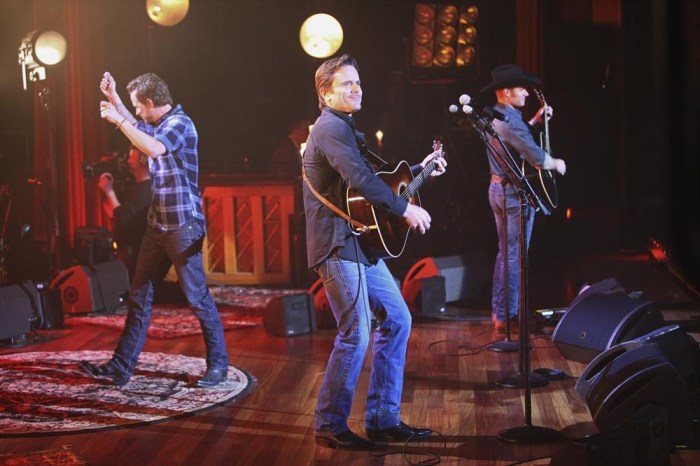