The Winchesters’ universe is expanding, and we’ve got your first look at next Tuesday’s debut of the potential spin-off Supernatural: Bloodlines (The CW, 9/8c), which features plenty of fighting and even some romance.

The backdoor pilot finds Sam and Dean in Chicago, where Mafia-esque monster families, unknowingly to humans, “run” the underbelly of the metropolis and are being tracked by newly minted hunter Ennis (played by Episodes‘ Lucien Laviscount).

But unlike Supernatural, the offshoot has a dash of forbidden love. Amidst the warring clans is a Romeo-and-Juliet-esque relationship between shapeshifter David (The Originals’ Nathaniel Bozulic) and werewolf Violet Durant (Melissa Roxburgh).

Check out the photo gallery and then head to the comments with your thoughts on the newbies. 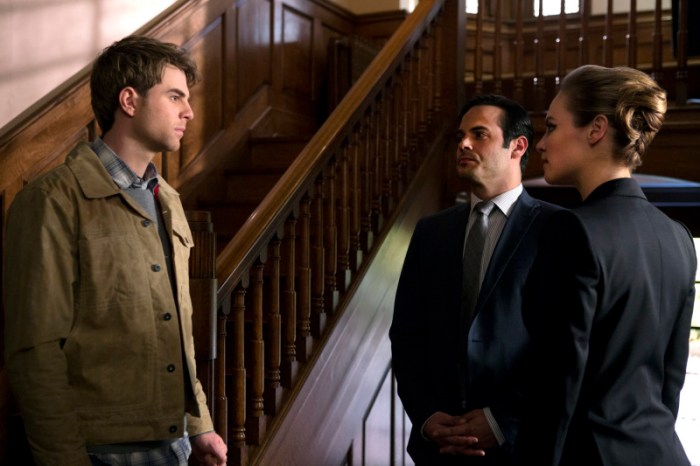