Eric Mabius‘ first experience acting on a major TV show – a 1997 episode of Chicago Hope — was a moving one.

Though his stint as a sick kid is notable because it marked his entrée into series television, one of the most memorable moments came when the cameras weren’t rolling.

While Mabius was chilling in his trailer, he realized the adjacent unit, which belonged to one of his co-stars in the episode, was rocking – as in, don’t come knocking.

“There was a lot of movement, shall we say,” he recalls, laughing. “I remember being on the other end, thinking we were on a boat.”

Mabius’ latest venture, the Hallmark Channel original series Signed, Sealed, Delivered, premieres tonight at 8/7c. At TVLine’s request, the Ugly Betty vet gave us scoop on a selection of his TV roles, including serving as The L Word‘s token straight guy and treating a future Oscar winner very badly on Get Real. 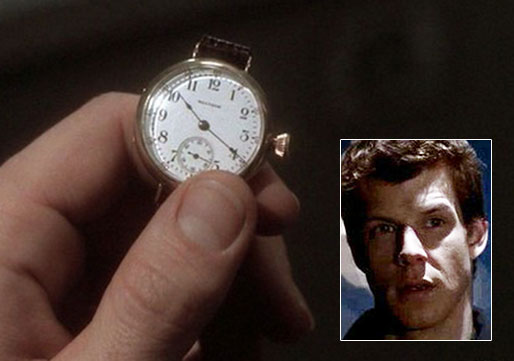