When we last left Nashville‘s Scarlett, she was cowering and crying under a piano in front of an arena full of fans.

The presence of hospital gowns, worried looks and tears in these photos from the drama’s next new episode make us think that the songbird’s situation isn’t going to improve anytime soon.

According to the official synopsis for “Your Good Girl’s Gonna Go Bad,” which airs April 30 (ABC, 10/9c), we’ll pick up in the aftermath of Scarlett’s very public breakdown. Deacon and Beverly blame Rayna, Rayna blames Juliette and Juliette wants a little understanding from Avery… who’s preoccupied with wondering whether his ex is going to recover.

Bottom line? Nobody’s happy — though Rayna appears to be the Songwriter Whisperer in the photos below, no?

Click through the gallery to see Scarlett’s torture captured in living color. 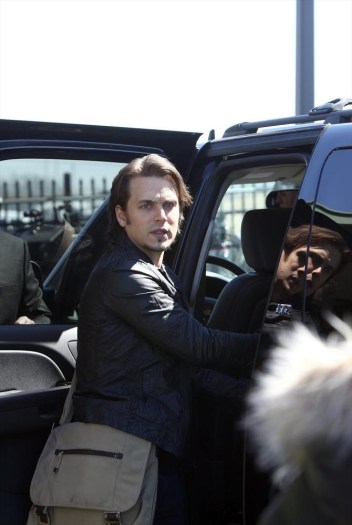