All Hill is about to break loose in the April 29  Marvel’s Agents of S.H.I.E.L.D., and here’s your first look at the return of a familiar face.

As TVLine first reported, Cobie Smulders will be back in action as Agent Maria Hill in the episode, and now we have a preview of her desperate, post-Captain America: The Winter Soldier efforts during the hour (ABC, 8/7c).

Per the official episode description, with no one left to trust, Agent Hill teams up with Coulson — and shares a much-needed hug with him — as S.H.I.E.L.D. is destroyed around them.

As an added bonus, we’ve got a handful of photos from the April 22 hour, in which Clark Gregg’s Much Ado About Nothing co-star Amy Acker (Person of Interest, Dollhouse) guest-stars as Audrey, the cellist Agent Coulson was dating when he “died.” This time, she’s the one in danger as he races to save her life.

Check out the photo gallery and then head to the comments with your thoughts/theories on what’s ahead for the team. 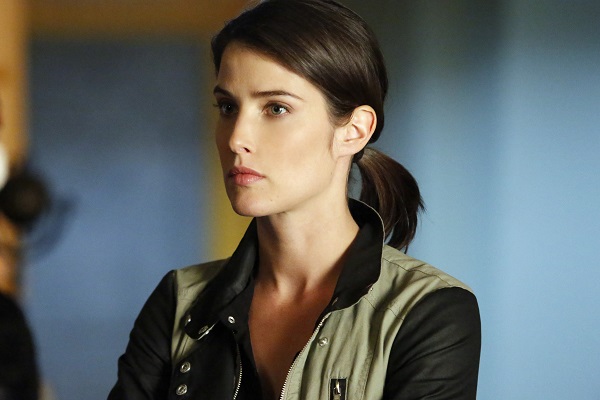