Well, at least nobody’s singing “Against All Odds.”

But while that Phil Collins staple won’t be on the set list when American Idol‘s Top 8 tackle an ’80s Week theme tonight (8/7c on Fox), there will be tracks by Journey, Blondie, Cyndi Lauper and The Police in the mix, TVLine has confirmed. Check out the full lineup after the jump:

Alex Preston: The Police’s “Every Breath You Take” (previously done by Brooke White and Phil Stacey)

Dexter Roberts: Georgia Satellites’ “Keep Your Hands To Yourself” (never performed before on Idol)

Snap judgment: When Dexter Roberts has the most surprising song choice in the pack, then the night could be an, um, interesting one. Then again, with Season 7 champ David Cook on the scene as this week’s mentor, maybe we’ll get some unexpected arrangements and emotional connectedness to upgrade some of these tunes. Fingers crossed for the next 8 1/2 hours!

(Also: Scroll to the bottom of this post to see what songs I would’ve picked for the Top 8.)

What do you think of the Top 8’s song selections? Who’s most likely to succeed? Whose choice puts ’em most at risk going into the night? Sound off in the comments!
Follow @MichaelSlezakTV
https://www.youtube.com/watch?v=ymUas4OwIJw 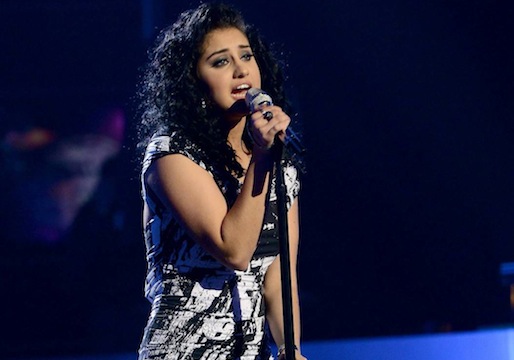