Though it stirred juuuust a smidgen of conversation, How I Met Your Mother‘s series finale on Monday night drew 13.1 million total viewers while scoring a 5.4 demo rating (per finals), surging 44 and 54 percent week-to-week to end its run on all-time high notes.

Leading out of that, CBS’ sneak peek at the new sitcom Friends With Better Lives — which TVLine readers gave an average grade of “B-“ — retained 8 mil and a 2.6. Mom (7.2 mil/2.2) actually shed some eyeballs but rose 16 percent in the demo, while the Intelligence finale (5.6 mil/1.2) was up 12 percent and a tenth.

RELATED | Keep or Cut? Vote on the Fate of Intelligence, Almost Human and 26 Other ‘Bubble’ Shows

RELATED | Dancing With the Stars Week 3 Results: Did This Week’s Outcome Surprise You?

If you like TVLine, you'll LOVE our email news alerts! Click here to subscribe.
Ratings: How I Met Your Mother Finale Meets All- Time Highs, Bones and Intelligence Finale Tick Up 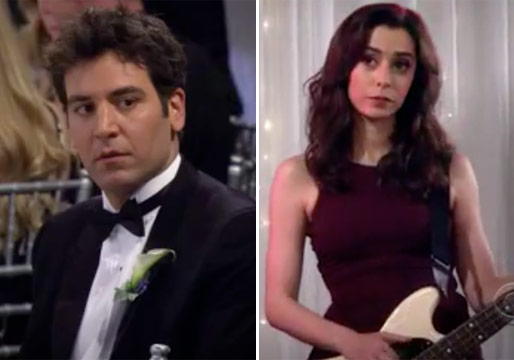