The Mentalist this Sunday (CBS, 10/9c) is on the hunt for a band of art thieves — and as seen in TVLine’s exclusive sneak peek, Jane and Agent Fischer will adopt some fun undercover identities to reel in a lead.

The episode, “Violets,” also marks the launch of Graceland alum Pedro Pascal’s multi-episode run as Agent Marcus Pike, part of the FBI’s art recovery squad — and as previously reported, from the get-go he’ll have “designs” on one Teresa Lisbon. So as an added bonus, we’ve also got these first-look photos of Lisbon, her beau-to-be… and, well, Jane, from the April 27 episode.

If you like TVLine, you'll LOVE our email news alerts! Click here to subscribe.
Watch an Exclusive Mentalist Sneak Peek -- Plus: Is Three a Crowd for Jane, Lisbon and Her Beau? 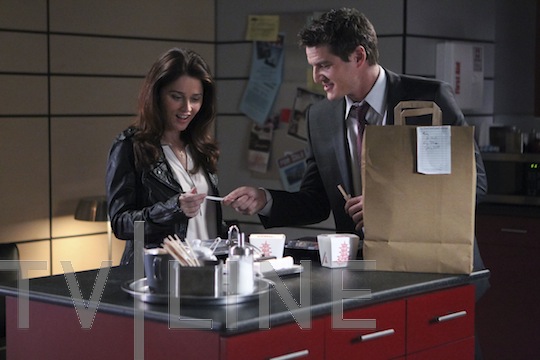