The title for the final episode of Once Upon a Time‘s Oz-some Season 3B has been revealed, and you get two guesses at what it is — and we won’t count the first one.

As shared by series cocreator Adam Horowitz on Twitter, the season finale (airing Sunday, May 11 at 9/8c, as the second of two episodes) is titled thusly:
https://twitter.com/AdamHorowitzLA/status/448525282073276416/

RELATED | Once Upon a Time Scoop — What’s Up With Neal?

Also today, ABC released photos from the next episode, “Quiet Minds,” in which Neal finds himself back in Storybrooke, yearning for a way to reconnect with his son Henry, while also trying to find his own father, Rumplestiltskin. Meanwhile, in Fairy Tale Land of The Past Year, Neal – with the help of Belle and enchanted candelabra Lumiere (True Blood’s Henri Lubatti) -– attempts to find a magical solution to bring back Rumplestiltskin from the dead.

If you like TVLine, you'll LOVE our email news alerts! Click here to subscribe.
Once Upon a Time Photos: OK, Zelena's Just Taunting Snow Now -- Plus: Finale Title Revealed 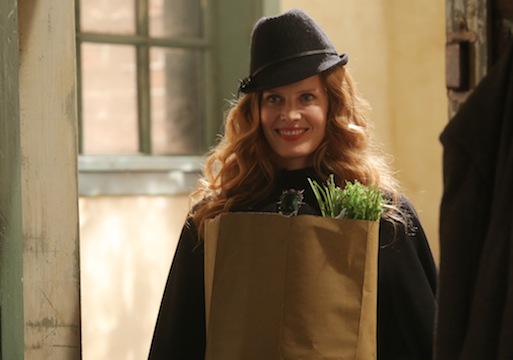