Scarlett’s head case of a mother springs up on her in Nashville‘s April 2 episode (10/9c), and from the look of things, the reunion hits a sour note.

The photos below show Scar’s unbalanced mama Beverly (played by Dana Wheeler-Nicholson) showing up at a San Francisco tour date, where “things do not go well,” per the official episode synopsis.

Elsewhere in the hour, Maddie and Rayna both take to mass media to tell their stories, and Juliette calls former hook-up Charlie for a little help filling seats on her tour. (Check out the bonus shot of Juliette looking mighty vexed.)

Flip through the gallery below to watch Scarlett’s awkward encounter unfold. 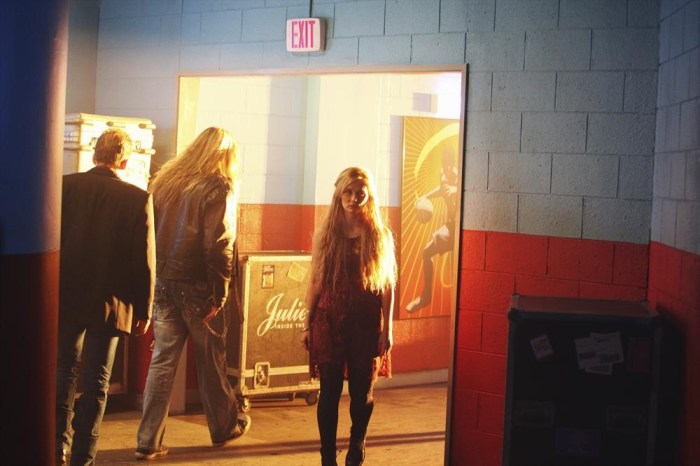