Glee is headed in “New Directions” — eastward to be exact — as the show shifts its focus from Lima, OH to New York City for the rest of the season.

After that quintet of images, we’ve got another dozen pics from “New Directions” (March 25, 8/7c), which will serve as the show’s farewell to the halls of William McKinley High School and its show-choir concerns (at least for the remainder of Season 5).

There’s “Brittana” among the calla lillies, a Rachel-Santana duet (and they’re smiling!), and another serving of Kristin Chenoweth’s April.

Click through the pics below for a full preview, then hit the comments and share your thoughts (and hopes) on the remainder of the season!

If you like TVLine, you'll LOVE our email news alerts! Click here to subscribe.
Glee Sneak Peek: Last Days in Lima -- and a Rockin' Kurt-Elliott Romp in NYC! 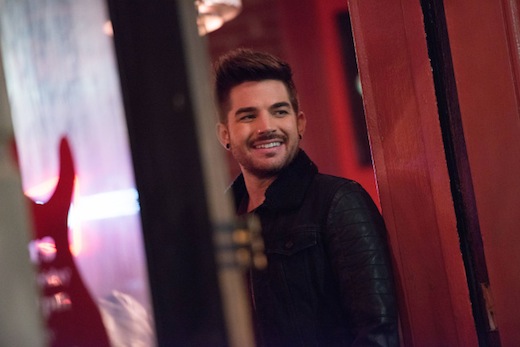