The March 26 episode of The CW’s Arrow is packing some serious girl power — as it should, being titled “Birds of Prey” and all.

In the episode, Frank Bertinelli (returning guest star Jeffrey Nordling) gets arrested, luring his daughter Helena aka The Huntress (Jessica de Gouw) back to town. When Laurel is picked to try Frank’s case, that lands her (and others) as The Huntress’ hostages — and as seen in these photos, Sara will stop at nothing to save her sister, even if might/would seem to risk revealing her Canary identity.

Arrow returns this Wednesday at 8/7c with the episode “Suicide Squad.” 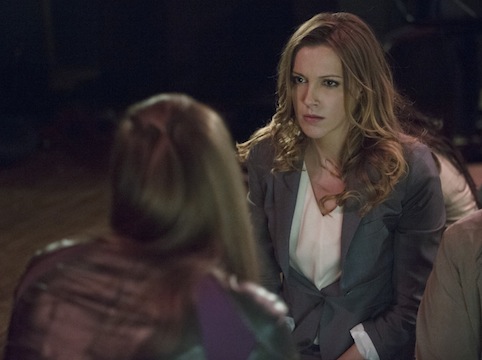