Supernatural gets a heavenly hand when Misha Collins makes his directorial debut in the March 25 episode (The CW, 9/8c), and we’ve got some photos of the actor — sporting some Winchester gear — hard at work behind the scenes. (Bonus: The following sneak peek also features a familial return!)

In the episode, titled “Mother’s Little Helper,” Sam meets an elderly woman who has quite a story for him: The Men of Letters came to her town in 1958! And they weren’t just any random group members, but the brothers’ paternal grandfather Henry (welcome back, Gil McKinney!) and his female companion, Josie Sands (played by Alaina Huffman, aka Abaddon).

Meanwhile, Dean struggles with the after effects of the Mark of Cain and being tested by Crowley during Sam’s absence. 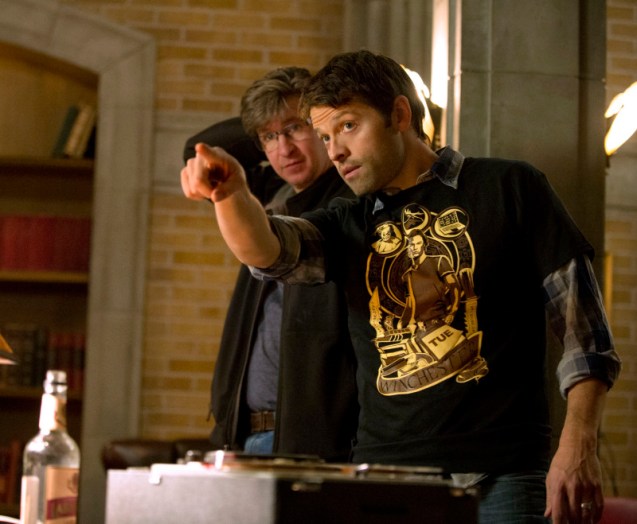