If waiting for the second season of Orange Is the New Black feels like an interminable stint in solitary, these new photos will make you feel like someone just dumped a bunch of cash into your commissary account.

We see Piper, apparently right after beating down Pennsatucky in the Season 1 finale. We see Red and new cast member Lorraine Toussaint (Any Day Now) getting all up in each others’ grills.

And we see the ladies trade their uniforms for varying degrees of officewear — though we think someone at the mock job fair is likely to take issue with Sophia’s interpretation of “business casual.”

Netflix will release OITNB Season 2 in full on Friday, June 6. Click through the gallery below for a preview. 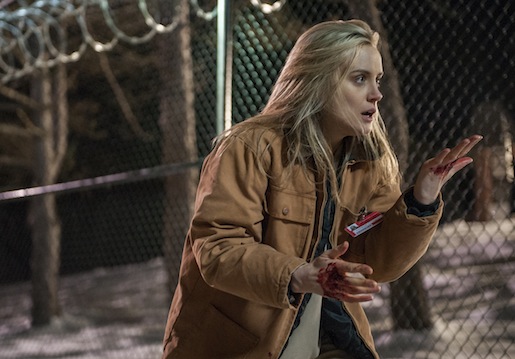