As recently teased on The CW’s Arrow, A.R.G.U.S. boss lady Amanda Waller (played by Cynthia Addai-Robinson) is putting together a “squad” — and we’ve got a flurry of photos from the episode that unleashes her elite group, in force.

In the March 19 episode “Suicide Squad,” Arrow costar David Ramsey told TVLine, in addition to flashing back to a Diggle/Lila/Afghanistan adventure alluded to during Season 1, “There’s a bigger story with the Suicide Squad and … their involvement perhaps with Team Arrow in the future. There’s a lot of set-up for the season finale…. Big stuff.”

Flip through the slideshow below for a look at this mod squad, which includes Michael Jai White as Ben Turner (aka “Bronze Tiger”), Sean Maher as Mark Scheffer (“Shrapnel”) and Michael Rowe as Floyd Lawton (“Deadshot”). Arrow continues Season 2 this Wednesday at 8/7c.

If you like TVLine, you'll LOVE our email news alerts! Click here to subscribe.
Arrow Photos: The Suicide Squad Assembles! Plus: Why Is Oliver Queen Packing Heat? 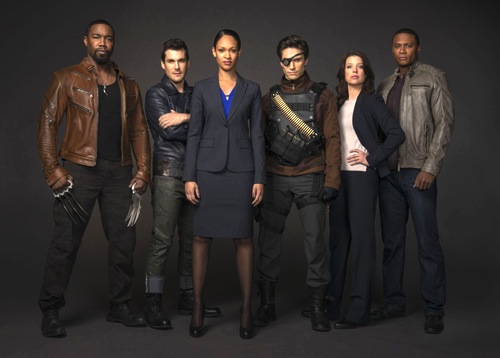