We’re not sure exactly what happens in the March 16 episode of Revenge (ABC,10/9c), but the action seems to include lots of shirtless Patrick, so we thought it was an important public service to share the following gallery of shots from the hour.

Also of note: Nolan and Patrick having a serious moment and Conrad’s ex-wife Stevie (played by NYPD Blue alum Gail O’Grady) looking fab as she takes charge at Grayson Manor — perhaps that’s why Victoria’s in tears?

Peruse the photos below, then hit the comments with your theories about how the episode will unfold. 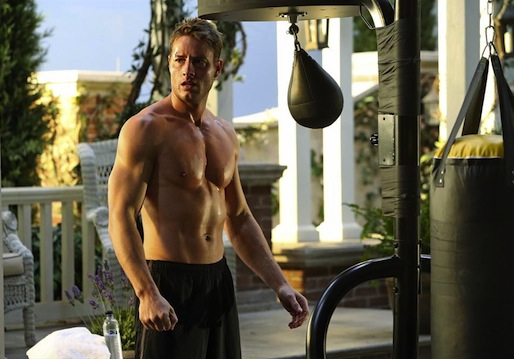