We stuck [Spoiler] in the headline on the off chance you’re a Nashville fan who hasn’t yet caught up to last week’s episode. And if you are, may we suggest you get up to speed before Feb. 26? Because that’s when the show will return with an episode centered on Lamar’s death (yep, those gasps in Teddy’s office were his last) and funeral.

These photos from the upcoming episode, titled “They Don’t Make ‘Em Like My Daddy Anymore,” show the Jaymes/Wyatt clan gathering around its patriarch’s gravesite. Deacon’s there (as well he should be), as is Juliette, who lends her former tour partner a supportive arm. But what must Teddy and Tandy be thinking as they lay those roses on Lamar’s final resting place?

Elsewhere in the episode, Juliette goes to Los Angeles to record with a fancy-pants producer (played by Orange Is the New Black‘s Michael Chernus), but Glenn’s not sure he’s happy with the way things are going.

Click through the gallery below to see what’s ahead. 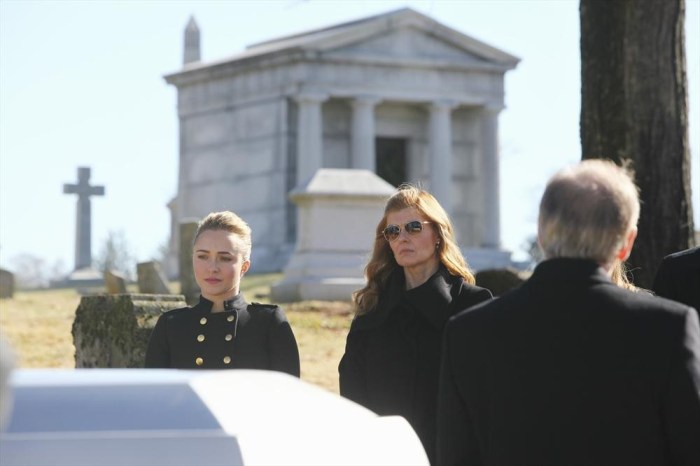