The Mother takes center stage in Monday’s 200th episode of How I Met Your Mother (CBS, 8/7c), and we’ve got your first look at the familiar scenes — and roommate! — the CBS sitcom will revisit, albeit from a different angle.

RELATED | How I Met Your Mother Recap: Barney’s [Spoiler] Revealed! — Plus, Ted’s Kids Get Namechecked

The milestone half-hour tells the story of what the titular mama was up to in the eight years before she met Ted. As such, viewers will once again glimpse that night Ted visited Cindy (returning guest star Rachel Bilson, Hart of Dixie) and got his first peek at the mom, not to mention the bachelor’s fateful first day teaching in the wrong classroom. But this time, it’s all told from The Mother’s point of view.

Flip through the slideshow to get a different view of HIMYM‘s past. 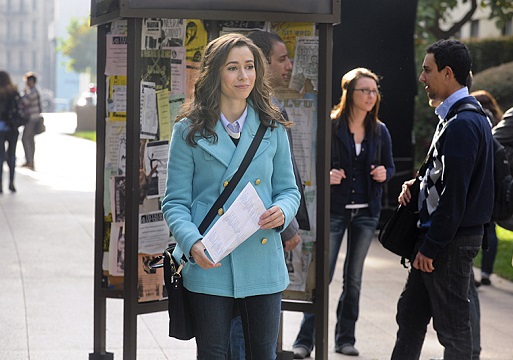