We’re not talking about the arctic cold that’s been gripping the country — we’re referring to the icy chill between former lovers Rayna Jaymes and Deacon Claybourne, which appears to be melting in the following photos from the Jan. 22 outing “Just For What I Am.”

According to the episode’s official synopsis: “Rayna asks Deacon to help write a much-needed hit for her new album, and it’s like old times — perhaps too much.”

Elsewhere in the hour, Scarlett sings with guest star Zac Brown (who plays himself) but continues to struggle with the demands of fame; Gunnar get an invite to write with Rascal Flatts’ Jay DeMarcus (also playing himself); and Jeff’s furious that concert venues are abandoning Juliette’s tour in droves.

Click through the photos below to see the First Lady of Country Music share a moment with her soulmate — who also has what looks like a productive meeting at a restaurant — and to see Teddy glower at something. (Is that guy ever happy?) 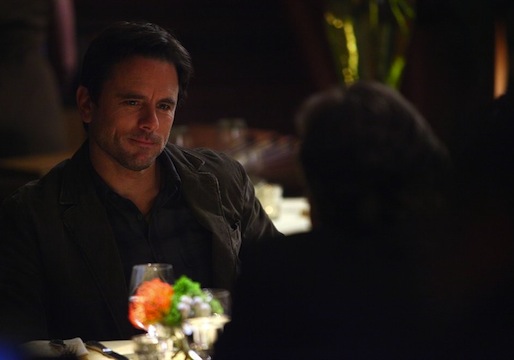