The long-delayed fifth season of Community is just under two months away (bowing Jan. 2 at 8/7c), and as such NBC has treated fans to a little piece of Greendale heaven with 20 (!) photos from the first two episodes.

Peruse the scoopy shots below to learn oh-so-much about the cult comedy’s upcoming run, including the fact that lawyer Jeff is once again involved with his skeevy colleague (played by Rob Corddry), Dean Pelton is still as stylish as ever (hellooo, pretty silk robe) and Jonathan Banks is bringing some of his Breaking Bad-assness to GCC.

Do these Community shots make you long to visit Greendale again? Hit the comments! 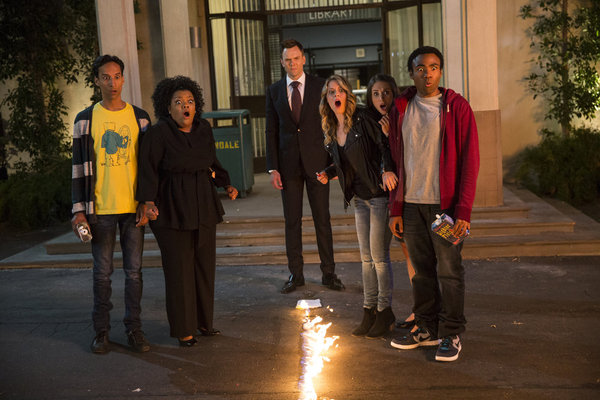