Warning: You’re about to get an earworm, for that song about how things are “so much better” under the sea and all.

This Sunday, ABC’s Once Upon a Time will spin a fishy tale, as JoAnna Garcia Swisher (Reba) makes her debut as Ariel — and we’ve rounded up some mighty “fin” photos of that little mermaid.

In the Fairytale Land that was, when Ariel saves bandit Snow from drowning, Snow returns the favor by helping her new friend get acquainted with Prince Eric, played by Gil McKinney. (Based on the promos, expect a familiar-looking Ursula to throw cold water on that happy ending.)

Meanwhile in Neverland, Regina — who famously once had a run-in with “a certain mermaid” — begrudgingly teams up with Rumple to find a way to take down Pan. 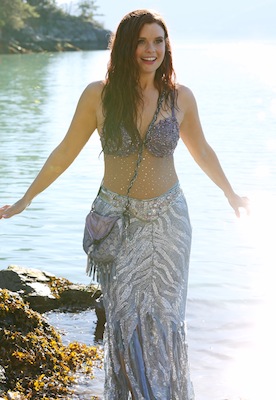