A Once Upon a Time character is paying a visit to Wonderland, and we’ve got your first look at the bow wielder’s unexpected role in The Knave of Hearts’ backstory.

In the Oct. 24 episode (ABC, 8/7c), flashbacks will reveal that Alice’s pal used to be Will Scarlet, a member of Robin Hood’s (played by Sean Maguire) Merry Men. And you know how The Knave is a wanted man now? Perhaps this has something to do with it: Will convinces the group to steal gold from Maleficent’s castle before pilfering an enchanted looking glass for himself.

Once fans, who else would you like to see pop on Wonderland? 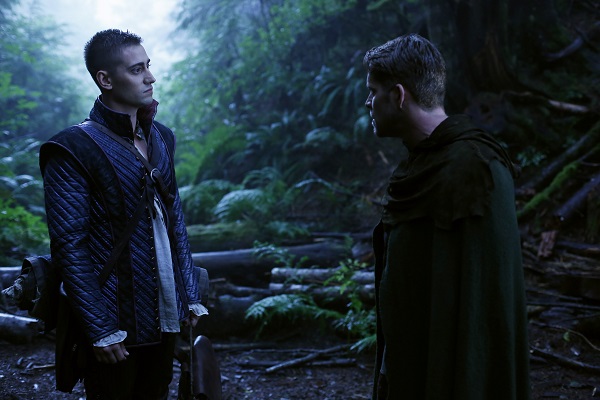