There is at least one thing that was not lost to Arrow‘s season-ending earthquake: the pretty.

In the first major salvo of photos from the CW drama’s sophomore season, you’ve got your first peek at geek goddess Summer Glau, playing businesswoman Isabel Rochev. “She and Oliver and going to become partners in running Queen Consolidated,” show boss Andrew Kreisberg shared during TVLine’s Fall Preview. That arrangement will present “a different side of Oliver than we’ve seen — him really trying to be the responsible businessman.”

Also on display in the slideshow below: Felicity, Diggle, Roy and Thea, Quentin Lance and islanders Slade and Shado. Arrow returns Wednesday, Oct. 9. 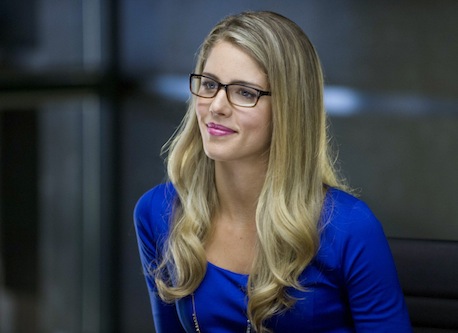