There were Morleys. There were iced teas. There was the flukeman, Pusher, Tooms and little green grey men. There was a missing little sister and a gold cross necklace and a bee with really, really bad timing.

And at the heart of The X-Files, there were Fox Mulder and Dana Scully, the FBI’s most unwanted, who chased aliens, all things paranormal and, of course, each other for nine seasons on Fox.

Tuesday marks the 20th anniversary of the eerie series’ premiere. (Even though it seems impossible that two decades have passed since our first trip to the basement, we’re pretty sure we haven’t experienced lost time.) We thought we’d commemorate the occasion by undergoing some Heitz Werber-approved regression therapy to reminisce about major moments in the groundbreaking series’ history.

We chose episodes we thought were worthy of Alfred Fellig-like immortality – some for the way they forwarded the mythology, some for their humor, some for how they nudged the central pair’s glacially paced relationship toward its eventual, lovers-on-the-lam end.

But if Season 5’s “Bad Blood” taught us anything, it’s that different people can have different takes on the same event. (And that a hungry Scully is an unhappy Scully.) We know we’re risking turning one man’s quest into a crusade here, but we invite you to fill the comments with your picks for the X-Files episodes that stick with you years later.

After all, the truth is still out there. And we want to believe you miss its pursuit as much as we do. 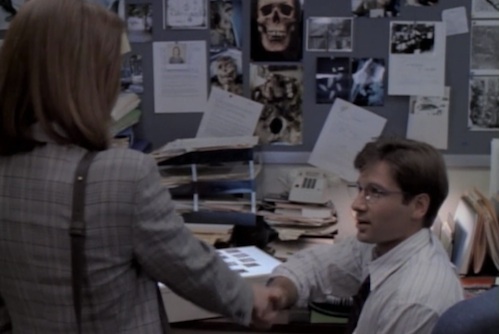