AMC launches its latest drama Low Winter Sun this Sunday at 10/9c, but a little teaser from the Mark Strong-fronted series is coming your way right now. TVLine has a first look at the first five minutes of the killer cop drama, plus three exclusive photos from the opening installment.

Based on a 2006 British miniseries of the same name, Sun is a story of deception, revenge and corruption centering on a Detroit detective (Zero Dark Thirty‘s Strong) who is somehow involved in the murder of a fellow cop. While it’s seemingly the perfect crime, the killing actually pulls him into the city’s seedy underworld.

Preview Low Winter Sun below, then hit the comments: Are you ready to take on this case? 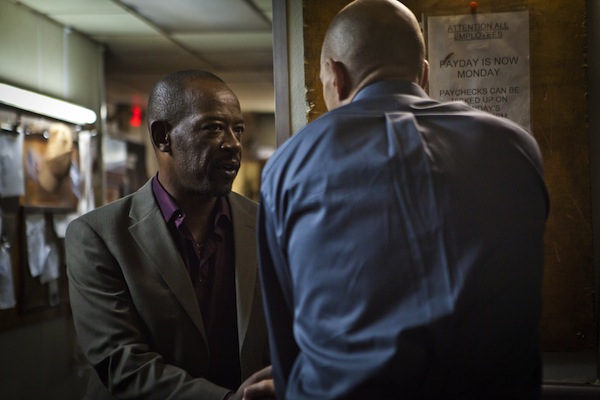