The just-released shots catch all your favorites (and a handful of newbies) in varying degrees of bloodiness – from Sookie, Alcide and a pristine Bill (who’s considerably more cleaned up than we’ve seen him in the recent past) to Eric and Pam (who look like they’ve had quite an interesting evening). And don’t worry — the rest of Bon Temps are well represented, too.

The supernatural HBO drama’s 10-episode sixth season bows Sunday, June 16 at 9/8c. We’re O-positive you’ll dig the pics, so click through the gallery below and then hit the comments: What would you like to see happen on this season of True Blood? 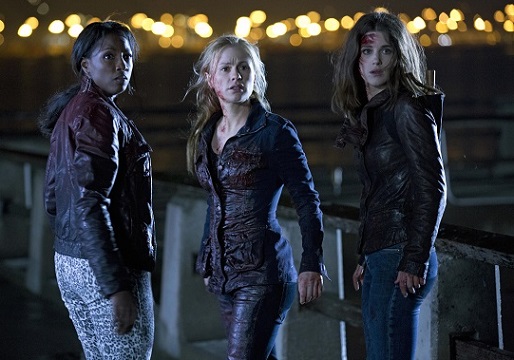