Victoria Grayson mixing with a townie?!

While Revenge-seeker Emily plots her next move as Daniel’s reinstated fiancée on the May 5 episode (ABC, 9/8c), her first love Jack learns more than he bargained for in his quest for the truth. In the process, he and the Grayson matriarch have a private chat at the Stowaway, and we’ve got your first look at the meeting.

RELATED | Season Finale Scoopapalooza: More Than 100 Spoilers on Your Fave Series’ Endgames, Including Revenge, Vampire Diaries, Arrow, Once and More!

Elsewhere in the episode, Victoria also has a conversation with Em’s pal Nolan.

So why is Queen V interacting with folks she wouldn’t normally give the time of day? Might it have something to do with her big reveal on Nightline in this Sunday’s episode — and could that be why she’s drowning her sorrows at the bar?

Check out the gallery below, and then hit the comments with your theories. 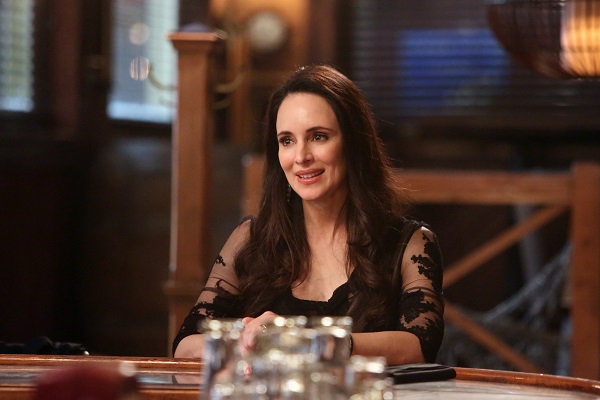