Alex’s plan to “free” Division from the inside out is about to hit a major snag — and we have the spoilery Nikita photos to prove it!

The CW saga’s April 19 installment (8/7c) finds the wayward agent in a tough spot when she’s outed as the leader of the undercover uprising. “Programmed” and not thinking clearly, Alex attempts to keep her mutineers under control — a mission she’s most definitely failing at.

Elsewhere in the shots, Nikita finds herself strapped to Amanda’s creepy brain-alerting machine, Owen is still seemingly working for the Big Bad, and Birkhoff and Sean have somehow fallen prey to Division’s rogue army.

Click through the pictures below, then hit the comments with your thoughts! 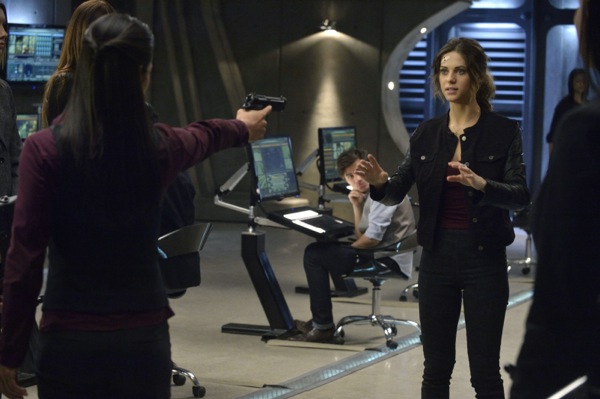