Artie’s momma is coming to Glee, and we’ve got a sneak peek at Sons of Anarchy anti-heroine Katey Sagal assuming the role alongside her TV son.

Sagal — seen flanked by Kevin McHale and Becca Tobin — will appear as the never-before-seen Mrs. Abrams in one of the season’s final episodes.

Also on display in the gallery below: Snapshots from executive producer Ryan Murphy’s Twitter feed of Kate Hudson and Sarah Jessica Parker’s returns, a Klaine reunion and adorable, toddler versions of Kurt, Rachel and Santana.

So click through for a preview of what’s coming up on the Fox series and then hit the comments with your thoughts. 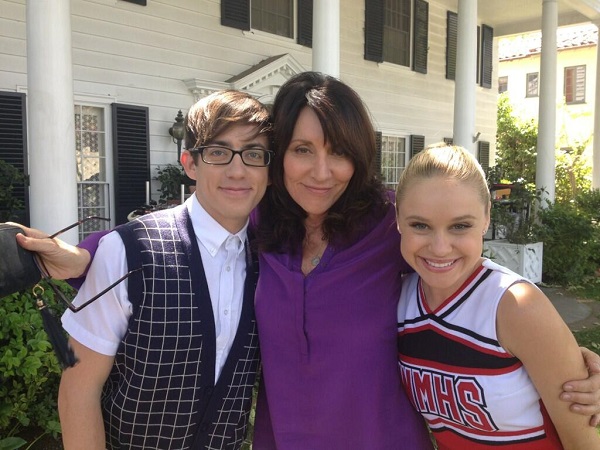