Next Monday on Bones, Booth (David Boreanaz) gets the mother of all surprises when he finds an unexpected guest waiting for him in his office: His estranged mom, Marianne (played by Joanna Cassidy)!

As you can see in this exclusive video sneak peek, the initial reunion starts off awkwardly — um, they haven’t seen each other in a quarter of a century! — but ends in a mostly feel-good place.

VIDEO | Exclusive: David Boreanaz and Emily Deschanel Sound Off on Weddings, Finales and Their Evolving Relationship

Press PLAY below and then hit the comments with your thoughts on the mother-son reunion 24 years in the making. Bonus: Scroll down past the video player for additional images from the episode. 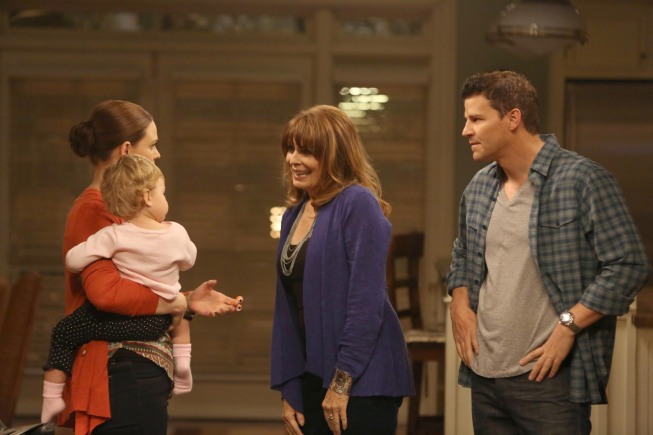