This Friday’s Nikita (The CW, 8/7c) looks to be as twisty-turny as last week’s eventful episode, with Owen finally coming to terms with his past — and taking his subsequent anger out on frenemy Michael.

The following clip and photos from the upcoming installment, titled “Masks,” finds the ex-Guardian in Amanda’s razor-sharp talons once again as memories about his true identity come flooding back. What’s more, whatever went down during his time with the Big Bad makes him a danger to those within Division’s walls — namely Michael.

Elsewhere in the pics, fans are given a glimpse into what exactly Amanda did to Alex with that creepy brainwashing machine.

Press PLAY and click through the shots below, then hit the comments: How do you feel about Owen’s dark turn? 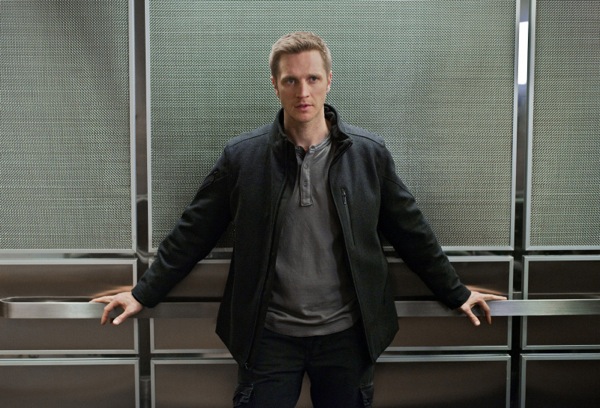