And who needs official network photography when the cast — both current and past — have been Instagramming and Tweeting the living daylights out of their initial week of shooting?

Check out the gallery of images below from Girl Meets World stars Ben Savage (reprising the role of Cory Matthews), Rowan Blanchard (who’s been cast as his daughter Riley) and Sabrina Carpenter (as Riley’s BFF), plus Maitland Ward (who played Rachel on the original series). You’ll get a sneak peek at the GMW cast (keep your eyes peeled for a Topanga sighting), the new set, the script and even surprise visits from Boy stars including William Daniels (aka Mr. Feeny).

Have these images raised your level of anticipation for Girl Meets World? Sound off in the comments! 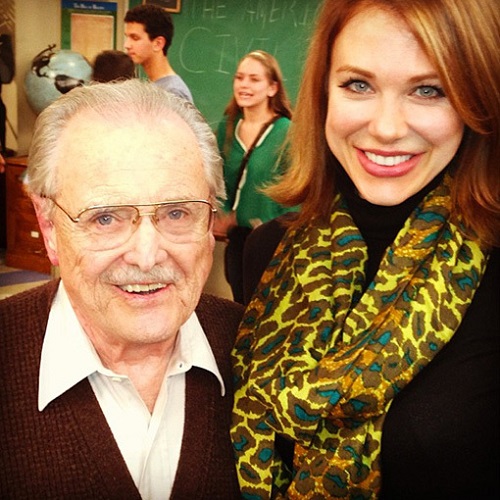