Make like Don Draper and have your secretary hold your calls, because you’re gonna want to devote all of your attention to this striking sneak peek at Mad Men‘s upcoming sixth season.

The gallery below showcases members of the AMC drama’s cast — including Jon Hamm, Elisabeth Moss, Christina Hendricks and John Slattery — at their sleek, sexy best. Some of the photos are black-and-white gallery pics; others, like this stunner, are vibrant party shots that jibe with the most recent promo. (We don’t know about you, but those get-ups make us very willing to buy anything Sterling Cooper Draper Pryce is selling.)

Click through the extensive gallery below, then hit the comments: What sort of ad-world intrigue do you think Mad Men‘s upcoming season — which bows April 7 with a two-hour premiere (9/8c) — has in store? 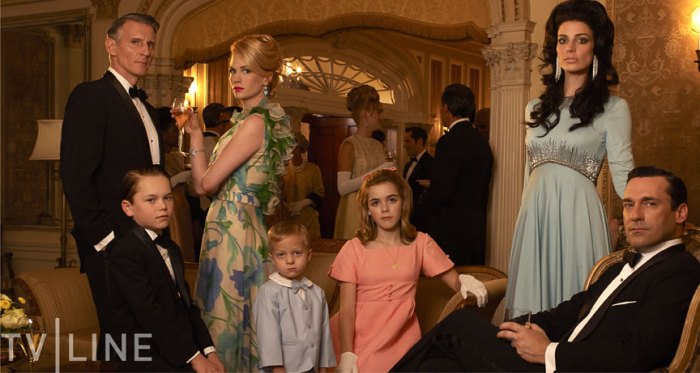