When The CW’s The Vampire Diaries returns on March 14, humanity-free Elena will be doing regular teenage stuff: partying, cheerleading and not shedding a tear over yet another Mystic Falls memorial.

But the following week is when the fun really starts because Damon takes her to New York City, and that brings on flashbacks to when he lived/partied there in the 1970s — and had a complicated encounter with Lexi (guest star Arielle Kebbel)! As exec producer Julie Plec tells TVLine, it’s a time “when he wasn’t necessarily at his best.”

Check out the gallery below and then hit the comments with your thoughts on this query: Is the last shot of Damon in flashback or the present? 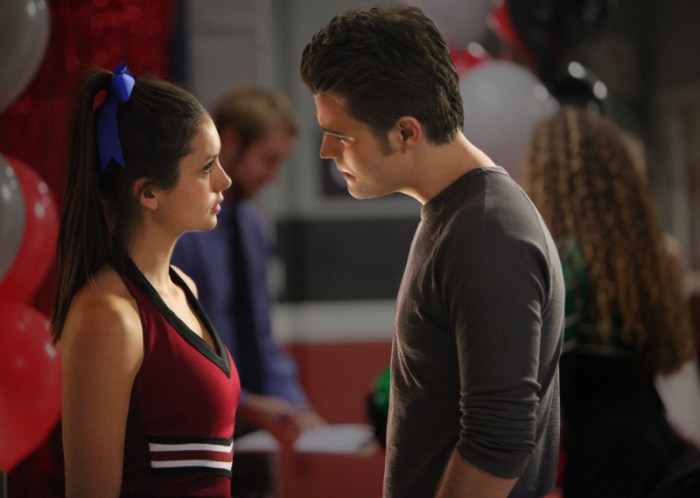