Things are about to get real — really real — on Season 12 of American Idol.

Over the next two weeks, contestants will see their ranks thinned by half as part of a newly configured Las Vegas round in which the judges make all the decisions. This Wednesday (8/7c on Fox), five of the 10 females performing for a studio audience will advance to the semifinals; the process will repeat with 10 male contestants on Thursday. Next week, the same will happen with the final 10 women and final 10 men. Let’s hope Nicki, Mariah, Keith and that other dude have their ears open and their brains correctly calibrated!

VIDEO | Idology: The Rise of American Idol‘s Season 12 Women — But Is It Too Much Too Soon?

Before the bloodbath begins, however, we thought we’d celebrate the season’s strongest contenders thus far with our weekly Top 21 countdown. So click through the photos below for the whole shebang, then take our poll and vote for your own faves. And for all my Idol news, videos, interviews and recaps, follow me on Twitter @MichaelSlezakTV!
Follow @MichaelSlezakTV


http://www.youtube.com/watch?v=TzD4_z-ZRuw&feature=player_embedded
If you like TVLine, you'll LOVE our email news alerts! Click here to subscribe.
American Idol Leaderboard: Who's Your Fave Heading Into the Vegas Round? Take Our Poll! 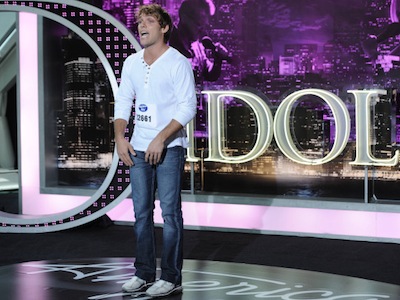