While that’s made for some very compelling television, it also means that after two more audition episodes (tonight and Thursday, 8/7c, on Fox), we’ll bear witness to scads of hopefuls forgetting their lyrics or veering off pitch or being cut without any context or explanation during Hell Week.

VIDEO | Idology: Diva Contestant Deluge on Idol! Plus: Nicki Vs. Mariah — Who Was Right? (Not Randy!)

Before that bad mojo kicks in, then, let’s rank the Top 21 auditioners so far. Check out my Leaderboard rankings, take our poll below and vote for your faves, and then hit the comments and tell me who I overrated, who I underestimated, and whether I’ve egregiously snubbed some awesome contestant you fancy! And for all my Idol news, photo galleries, recaps and videos, follow me on Twitter @MichaelSlezakTV!
Follow @MichaelSlezakTV

If you like TVLine, you'll LOVE our email news alerts! Click here to subscribe.
American Idol Leaderboard: Which Singers Look Most Promising After Two Weeks of Auditions? 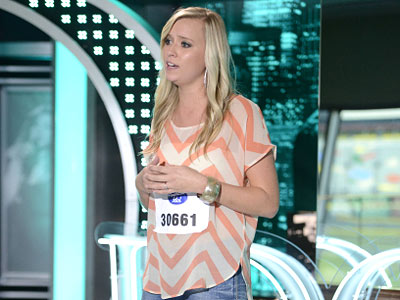