When CBS’ Criminal Minds resumes Season 8 next week, it will be with an episode directed by original cast member Thomas Gibson — and TVLine has a first look at the actor calling the shots.

RELATED | Get the Inside Line on Criminal Minds‘ Heartbreaking Death

In “All That Remains,” airing Feb. 6, Ken Olin (thirtysomething) guest-stars as a writer whose wife mysteriously vanished a year ago — and now his daughters have also gone missing, precisely on the anniversary of that tragic event. In these exclusive behind-the-scenes photos, Gibson is seen directing Olin as well as castmates including Jeanne Tripplehorn, Matthew Gray Gubler and Shemar Moore.

Gibson, who first stepped behind the camera during his run on the sitcom Dharma & Greg, is the second Criminal Minds cast member (after four-timer Gubler) to direct an episode of the well-watched crime drama. 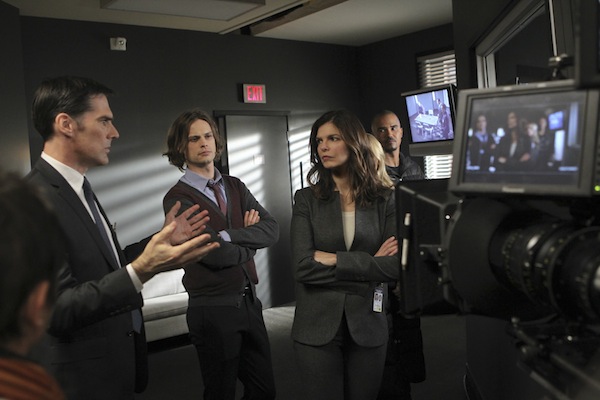