The CW’s Arrow, with Episode 13 (airing Feb. 6), fittingly depicts a very unlucky moment for Oliver Queen, flashing back to when he first clashed with the man who would be Deathstroke — and we’ve got photos of that first face-off.

Playing the super-assassin’s alter ego, Slade Wilson, is Manu Bennett aka Spartacus‘ Crixius, with whom Amell auditioned when he threw his abs into the ring to take over as the Starz series’ lead. Reflecting on that screen test, Amell promises an “intense” altercation.

Seeing as Slade discovers Oliver very early into his castaway existence, back when the billionaire playboy was “far less capable,” Amell says they don’t exactly “mix it up” upon meeting. “It’s more like ‘beating down,'” he reports with a laugh. 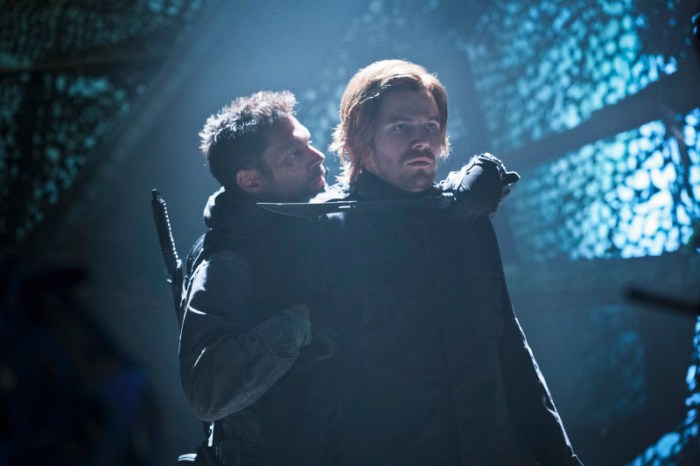