How I Met Your Mother fans, put on your jelly bracelets: Robin Sparkles returns to the hit CBS comedy on Feb. 4 (at 8/7c), and we’ve got your first look at some very special guests who are along for the ride.

In the episode, titled “P.S. I Love You,” Barney uncovers the lost episode of “Underneath the Tunes,” featuring the pop star and a slew of famous faces, including Canucks Jason Priestley, Alex Trebek and hockey player Luc Robitaille appearing as themselves.

We’ve also got a sneak peek at James Van Der Beek reprising his role as Robin’s ex, Simon, who meets up with Barney in the most holy of Canadian places: Tim Hortons!

The latest chapter in the pop singer’s saga will also show off “a little bit of a darker, edgier Robin Sparkles,” according to executive producer Carter Bays, as viewers learn “what dominoes had to fall to get her from there” to who she is today. 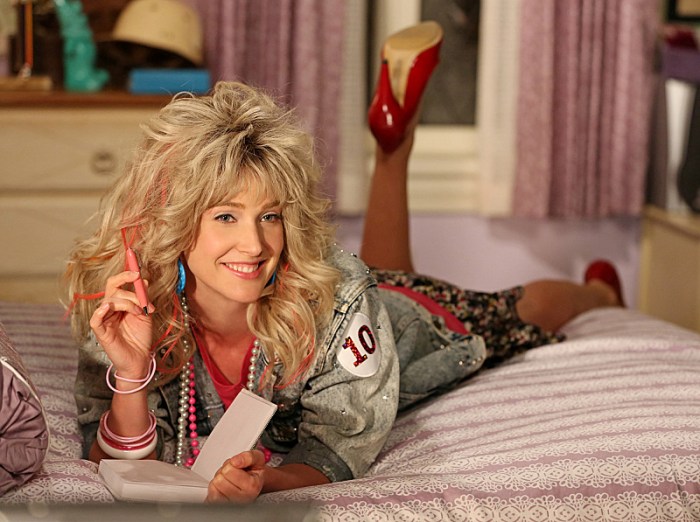