What’s more, Season 6 will kick off with a two-hour premiere starting at 9/8c (as did last year’s run). The acclaimed drama will return to its 10 pm slot the following week.

What all we do know about the coming season? Well, in addition to what series creator Matt Weiner shared here (including about Peggy’s future) and here, Don and a certain female are heading to Hawaii (see photo); the show was casting several attractive 20- and 3o-somethings plus a pair of British gentleman in their 50s.

Those looking to catch up on/revisit Season 5 can do so via AMC On Demand, which starting Feb. 11 will roll out a new episode each week. Or, AMC is re-airing Season 5 on Sundays at 6 am, starting March 5.

If you like TVLine, you'll LOVE our email news alerts! Click here to subscribe.
Mad Men Season 6 Gets Premiere Date -- Plus: Check Out the Groovy New Cast Photos 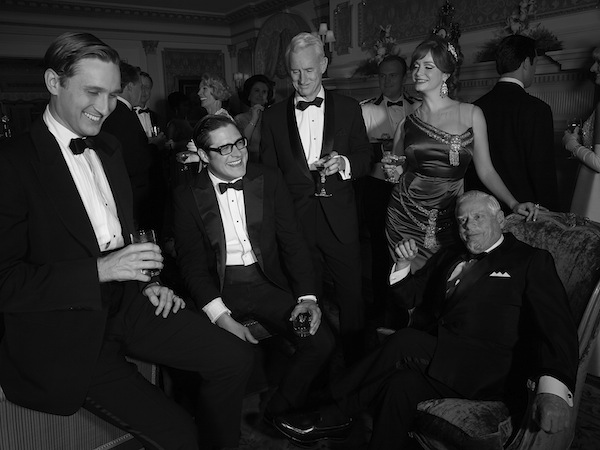