Now that How I Met Your Mother‘s Robin is engaged, she’ll have to learn to adjust to the power of the bling in the episode airing Jan. 21 on CBS. In fact, in this first look of photos, her engagement ring appears to make her so irresistible to guys that they break out into song!

Meanwhile, Ted finds himself dating a much younger and wilder girl (Pretty Little Liars‘ Ashley Benson) — something Barney wants to see his pal continue to do even though the two have nothing in common.

But first up in the slideshow, a sneak peek at next Monday’s episode, in which Barney must face Robin’s scary dad (Twin Peaks‘ Ray Wise) to ask for his daughter’s hand in marriage. 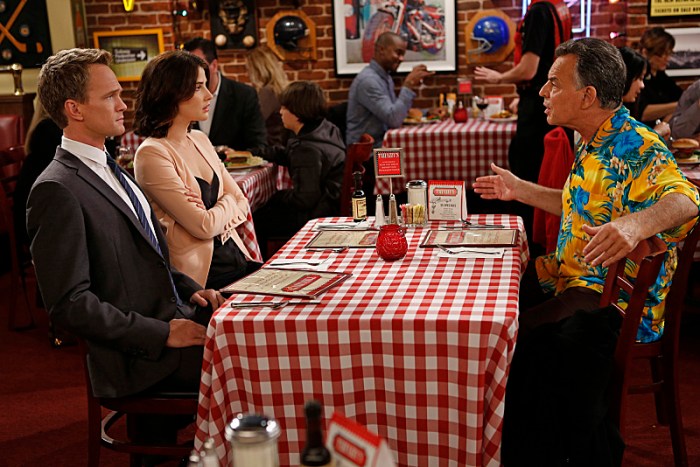