For Bones‘ 150th episode, airing next Monday (Fox, 8/7c), the hit series turns things on its head and explores a murder investigation from the point of view of the victim. But in an effort to really get inside the mind of the deceased, the team once again summons iconic ’80s She Bopper Cyndi Lauper as psychic Avalon.

Avalon arrives at the Jeffersonian because she heard the dearly-departed’s kid “calling.” Unfortunately for her, Angela appears to be the only one happy she picked up the phone.

Press PLAY to watch the video and then hit the comments with your thoughts. Bonus: Scroll down for some behind-the-scenes snapshots with the show’s most unusual guest star ever! 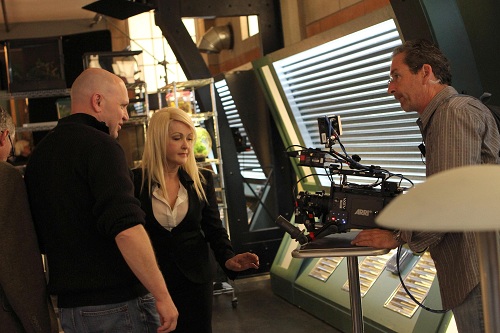