Well, since The Munsters‘ theme has no lyrics from which to craft a clever lede, we’ll keep it simple: NBC has released the first photos from Mockingbird Lane, Bryan Fuller’s reboot of that ’60s show about a spooktacular clan comprised of Frankenstein’s monster, Dracula’s daughter, a vampire, a wee werewolf and their pretty, oddball cousin.

It was announced earlier this week that the pilot for the fanciful series will air as part of a spate of Halloween-themed programming on Friday, Oct. 26 — if not feed into an actual series run.

If you like TVLine, you'll LOVE our email news alerts! Click here to subscribe.
Meet the Munsters! We've Scared Up the First Photos from Mockingbird Lane 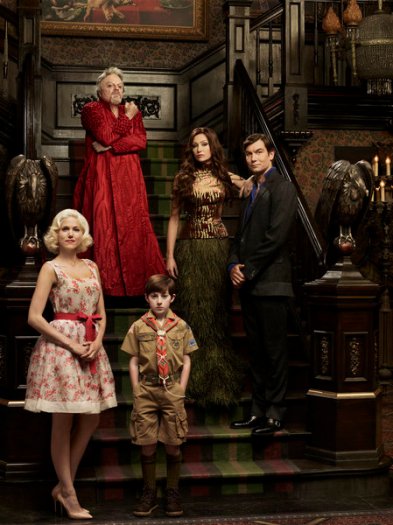