Bones is headed in a darker direction in Season 8 (Monday, Sept. 17 at 8/7c on Fox), thanks in part to the work of Big Bad Pelant. But before the storm clouds roll in, lets relive happier times in the following exclusive video recap of Season 7, aka the year Booth and Brennan merged their lives in a big way.

“We know that there was a lot of anticipation and angst on the part of the audience about, ‘Oh my God, they’re going to be a couple,'” recalls former Bones exec producer Carla Kettner, adding that the biggest challenge was, “How do we deliver on all the expectations of these two fantastic characters when they’re finally together after six years of working side by side?”

Take a nostalgia trip via the video player below, and then scroll down for snapshots from Bones‘ second episode — featuring Brennan’s return to work sans blonde wig! 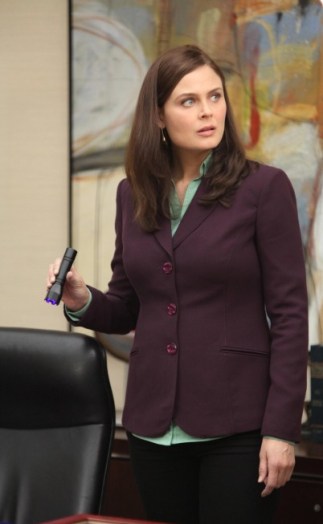