Maybe little Tommy Darmody stands a chance after all.

Orphaned at the end of Boardwalk Empire‘s second season, the son of the dearly departed Jimmy and Angela was left in the care of his psychotic grandmother Gillain (Gretchen Mol). But based on the first batch of Season 3 photos released by HBO, Richard Harrow has taken a hands-on role in the little one’s upbringing. But the seductive look Madame Darmody is throwing the war vet’s way has us worried. (Note to R.H.: Resist her charms — the woman’s 50 shades of cray cray.) 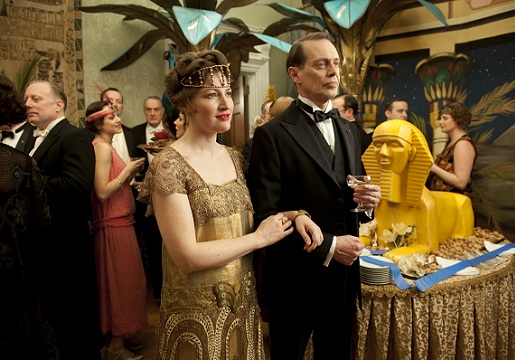