Love in the Wild wrapped its second season last night with a happy — if somewhat suspicious — ending, as well as a possible fertility ritual targeting its final two couples.

Yanina/Ken and Michelle/Ben (hey, I just realized our final two dudes have names that rhyme) embarked on a two-day challenge involving walkie-talkies, bicycle assembly, a long hike, and the retrieval of a pair of fertility statues via paddle boat. And while Ben/Michelle grabbed a short lead midway through the final leg, somehow Ken & Yanina pulled off a come-from-behind win, even though we never actually got to see how they made up the deficit. (Was Ben really stymied for a good five minutes trying to crack open the crate using a crowbar, or did Ken and Yanina close the gap on the water? Or did the show’s producers simply want the closest, longest-standing couple to pull off the victory? We’ll never truly know.)

Anyhow, Ken and Yanina won a trip around the world (and according to a post-show update, are still together); Ben and Michelle won the consolation prize of a happy relationship (they’re still together, too, according to NBC). Beyond that, the pertinent details are all captured in the timeless form of the screen grab. So click through the gallery below, then hit the comments and share your thoughts on Season 2 of Love in the Wild, and whether you’d care to tune in to a Season 3. 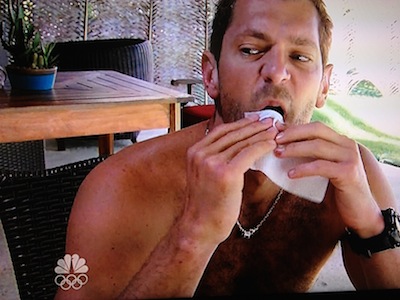