All aboard! AMC’s Hell On Wheels is gearing up for a second season, and TVLine has your exclusive glimpse at some photos from upcoming episodes.

We’ll warn you right now: No one in the pictures appears to be having much fun, but can you blame them? The dark Western drama follows vengeance-seeking former Confederate soldier Cullen (played by Anson Mount) as he travels west on a crew building the first transcontinental railroad. The residents of the mobile town that follows the construction – known as “Hell On Wheels” – are prostitutes, mercenaries, company men and other unsavory characters.

In short: Everyone’s got a reason to look grim.

Hell On Wheels returns Sunday, August 12 (9/8c) on AMC. Until then, take a gander at our gallery and then hit the comments with what you suspect is ahead for Cullen, Doc Durant, Ruth, Joseph Black Moon, Eva, Mr. Toole and the rest of the gritty gang. 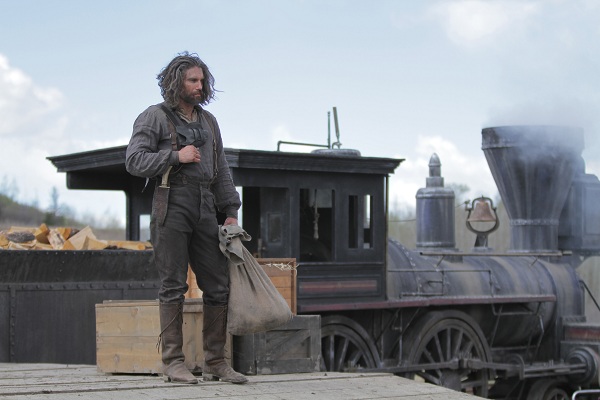